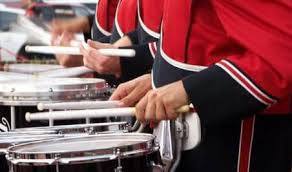 On Friday, October 7th the Groton Area 8-12 Band, the Groton Area 6-7 Band, and eleven area school bands will converge in Groton for the Lake Region Marching Band Festival.  The parade of bands will travel from South to North on Groton’s Main Street from Railroad Avenue to 9th Avenue, beginning at 10:00 a.m.

This festival originated in Milbank then moved to Waubay for 11 years. Since 2013 Groton has hosted the festival and it plans to remain there for the foreseeable future.  Bands will be evaluated on their performance by a panel of three judges. The bands will be judged by: Mr. Ron Stary, Mr. Dale Fiedler, and Mr. Mike Likness. Awards will be given to the top two bands in the high school and middle school band division, and the top three bands in the combined division. Other awards include Best Color Guard, Best Winds, and Best Percussion. A Grand Champion Award will also be awarded to the band with the highest score overall.

The festival has become a premier marching event in Northeast South Dakota, attracting bands and spectators from towns across the region.  The public is invited to watch the parade of bands on Main Street as well as awards at the football field.  Concessions will be available at the football field. Proceeds will go to the Band Department.

The event will be livestreamed, free of charge, at GDILIVE.COM. Anyone at the event can also listen to the announcer at 89.3 FM.

Primary sponsors of the festival are the Groton Dairy Queen, The Groton Daily Independent, and the City of Groton.