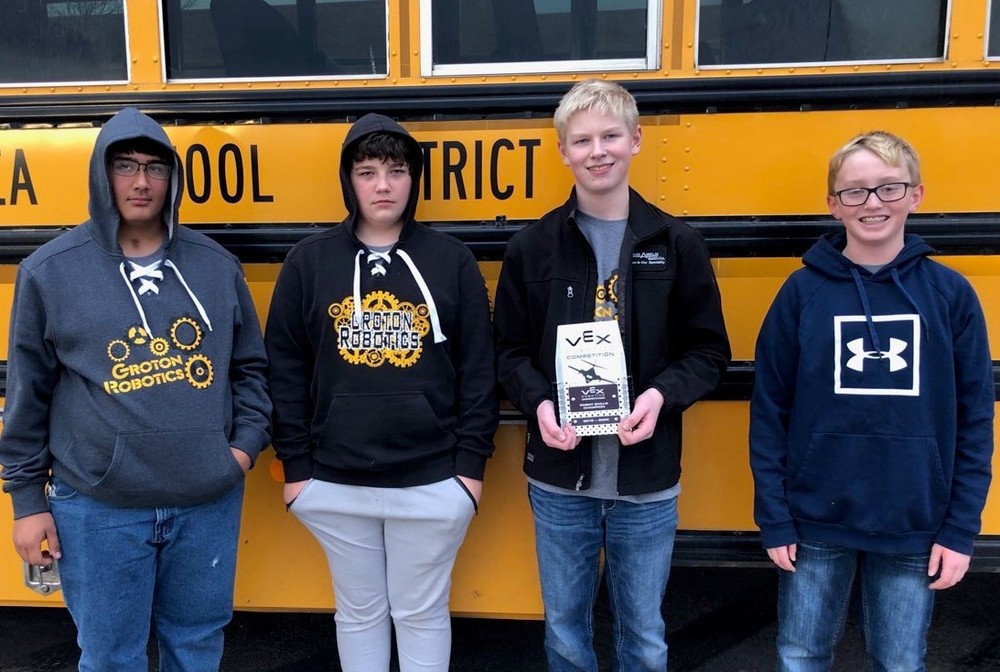 The GT Robotics teams worked hard during the last week to improve their robots and driving skills to perform great at the Douglas Patriot Invite in Box Elder Saturday.  Groton teams were competing against teams from Harrisburg, Mitchell, Lead-Deadwood, Box Elder, Spearfish and Gillette, WY.

We had two teams battling for top ranking in the qualifying matches.  Gear Heads (Ethan Clark, Jackson Dinger, Axel Warrington) and Geek Squad (Nick Morris, Charlie Frost, Keegan Harry) stayed in the top four, all day, as they worked with their alliance partners to defeat their opponents. 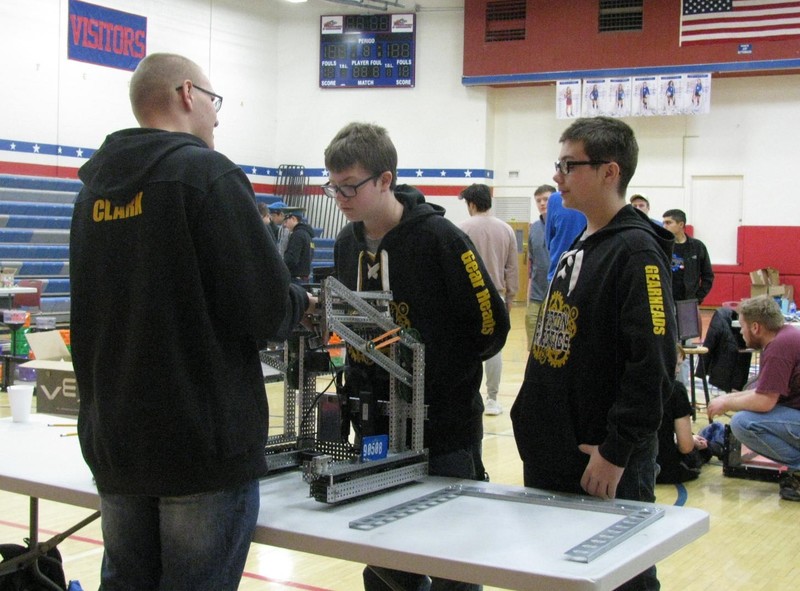 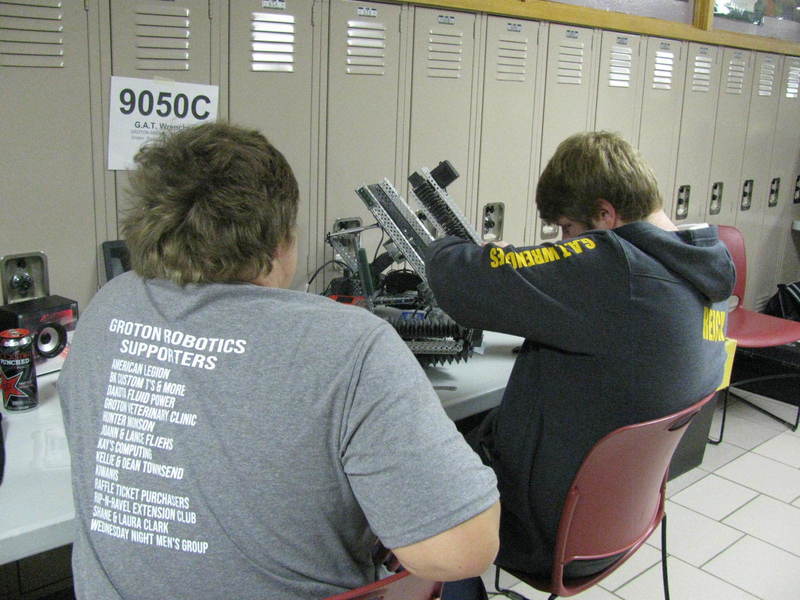 After the teams had each competed three or four times, we had four GT Robotics teams ranked in the top eight of twenty teams.  When the qualifying matched ended GT Robotics had teams ranked 2nd, 3rd, 6th and then 13th and 18th.

The elimination rounds where tough on us:  G-Force (Travis Townsend, Tannor McGannon, Dan Feist, Garrett Schultz) tipped-over at the beginning of their driver control period of the semi-finals.   Gear Heads had the minicomputer on their robot have a port fail which sent them and their alliance partner G.A.T. Wrenches (Noah Tullis, Corbin Reich, Adrian Knutson) to the pits for the day.  During the finals match Galaxy’s robot got stuck in their scoring zone and was not able to move.

One other great highlight was that our G-Force team won the Skills Challenge.  This is like a free throw contest; the team competes against the clock to score the most points.

The next robotics tournament for Groton is in Canton, January 11th.