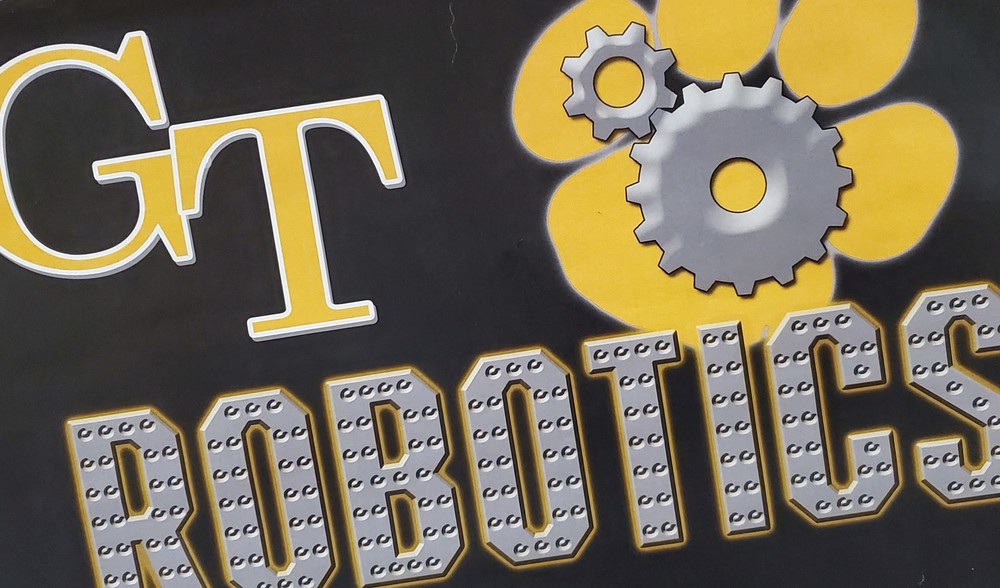 Several of the robotics coaches agree that the first tournament of the season is their favorite. Why?  The robotists are working hard on their robots all day to keep improving them or discussing on how to improve their game strategy and driving performance.  The average total score of the first matches was 19 while the average total score of the quarter-final and semi-finals matches was 33. It was great to watch the improvement though the day.

How did the Groton teams do?

Gear Heads (Ethan Clark captain, Jackson Dinger, Axel Warrington, Kamryn Fliehs) was defeated in the championship match and ended the day with a record of seven wins and two losses.

G-Force (Travis Townsend captain, Tannor McGannon, Dan Feist) was defeated in the semi-finals by the alliance that became the tournament champions. G-Force ended their day with a record of five wins, five losses and one tie.

Geek Squad (Nick Morris captain, Charlie Frost) was defeated in the semi-finals by the alliance that became the tournament champions. Geek Squad ended their day with a record of four wins, six losses and one tie.

Galaxy (River Pardick captain, Isaac Higgins, Garrett Schultz) was defeated in the first bracket of the elimination rounds and ended their day with a record of two wins and seven losses.

The Geek Squad received an honorable mention in the Awards because of their energy all day.  Nick and Charlie were excited, happy and just a joy to watch because their autonomous was scoring every match and they did not know they even had one.  But they can thank Ethan Clark of Gear Heads for slipping it into their programming when Nick had asked Ethan for help with a remote-control programming problem he could not solve.  Thank You Ethan; great work! Wonderful spirit.

Tournament Champions were CapTen of Harrisburg and Double Trouble of Eureka. CapTen also received the Excellence Award (best combination of team, robot and engineering book). Double Trouble also received the Judges Award (the judges favorite).  Cortex Destroyers of Mitchell received the Design Award (design process, documentation and understanding of the design and process).  ROBO Chickens of Sioux Falls was the Skills Champion (scoring by them selves with no opponent, like free-throw contest).

The next robotics tournament for Groton is in Mitchell, November 9th.