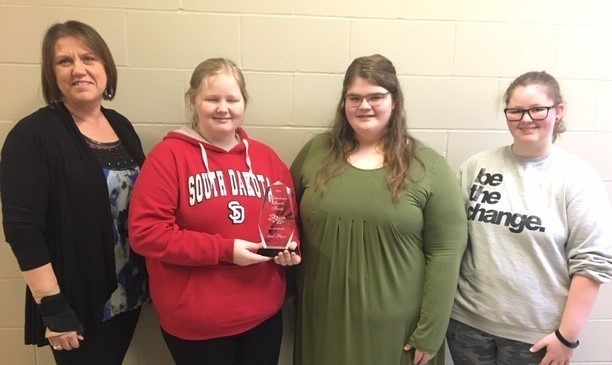 The GHS Debate team placed 2nd in sweepstakes at the Watertown Fiesta Debate Contest January 24-25, 2020. The team was represented by Samantha Pappas and KaSandra Pappas in Varsity Public Forum, Sage Mortenson in Original Oratory, S. Pappas in Domestic Extemporaneous Speaking, and K. Pappas in Informative. While the team did not have any one break to a final round, the team had a strong showing in the preliminary rounds. The next contest for the GHS Debate team is February 14-15 at Harrisburg HS. After that, the team will move into post season events with the National Qualifying Tournament followed by the SDHSAA State Contest.